Use this area as your personal project pages or blog! Each thread belongs to one user as a project page!
Post Reply
5 posts • Page 1 of 1

Ok, so not much of a project. I bumped it to 24v which my son liked, but I couldn't have him bombing around in a pink bpro! A few rattle cans to the rescue!

Btw, HOW do you get sun baked decals off? I was able to remove some but even the heat gun couldn't take a few of them off! especially the giant one on the hood. It ended up just all bubled so I painted over it :roll:

I'm not particularly attached to this ride so I just dropped a 2nd 12v battery in and called it good. I have another fairly complete donor so I can rebuild it if it grenades. If it doesn't, then I'll eventually make it 4x4, which is easier to do since it has a semi - metal frame. I plan to use front axles front and rear for 4-wheel steering.

It seems to handle 24v just fine so far. Only hiccup was the exploded LED battery charge panel. That's what I get for forgetting to disconnect it :oops:

"I'm not nuts, I prefer to be called an enthusiast! " 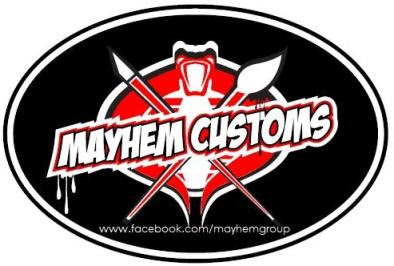 Looks like I'm going to get a chance to use the WD-40. I went extra cheap on the paint job, just washed it with soap and hit it with the heat gun before painting. Can said to apply over a primer. What do you know? The thing is peeling like a bad sunburn! :x
"I'm not nuts, I prefer to be called an enthusiast! "

Yeah, they are geared SUPER low. Probably compared to a 13t #7 box.
"I'm not nuts, I prefer to be called an enthusiast! "